The University of the West Indies (UWI) Open Campus Caribbean Child Development Centre (CCDC ), had good cause to celebrate International Human Rights Day on December 10, 2015. Significant strides were made this year by the Centre this year, in the Child Rights Sustainability Initiative with the Jamaica Constabulary Force (JCF), under CCDC’s ground-breaking Child Rights Education Project. 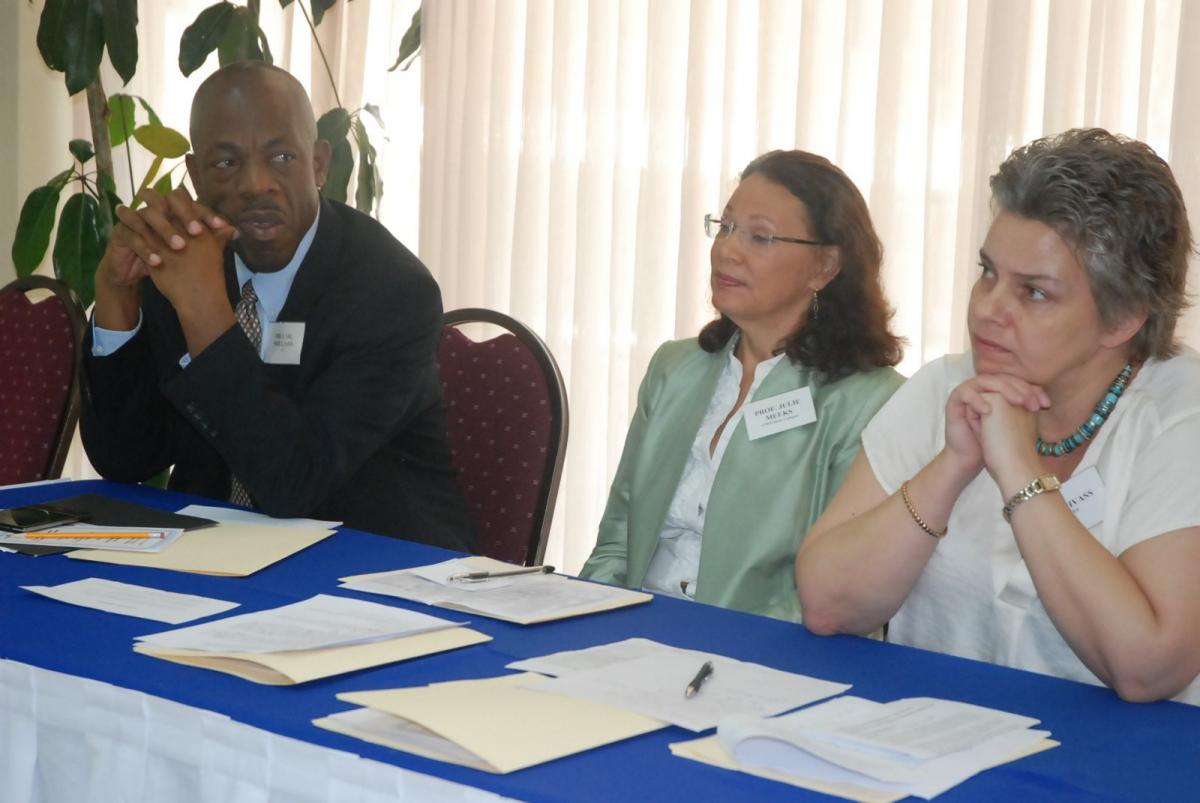 Dr. Carl Williams, Commissioner of Police in Jamaica, addressed stakeholders at a recent consultation seminar, in which over 40 stakeholders from governmental and non-governmental child protection agencies were given an opportunity to review and inform the finalization of the draft Child Interaction Policy and Procedures (CIPP), which was promulgated during Police Week (n Force Orders #3573, dated November 26, 2015). Dr. Williams reaffirmed the commitment of the JCF to honour and protect the rights of all persons in Jamaica. He noted that, “… we deem it particularly important to develop a policy framework that supports the best interest of our children… this policy is aimed at making every police encounter with a child a positive one.”

Police participants at a JCF internal consultation held with JCF Members via teleconference on November 19, 2015 at The UWI Open Campus Learning Centre, Mona. The session was led by ACP Elbert Nelson (far right), Head of the Research, Planning and Legal Services Branch.

Individual JCF members from all ranks also had opportunities to inform the finalization of the policy and corresponding data collection,, via an inclusive development process aided by the Open Campus’ teleconferencing facilities, which allowed island-wide consultation in finalizing this trailblazing protocol. The project’s output was timely and supports JCF’s strategic priority to “Enhance respect for human rights and human dignity”.
Other recent project achievements and activities support JCF’s six strategic priority areas, and are effecting change in what and how rights-based training and programming are carried out across the Constabulary. 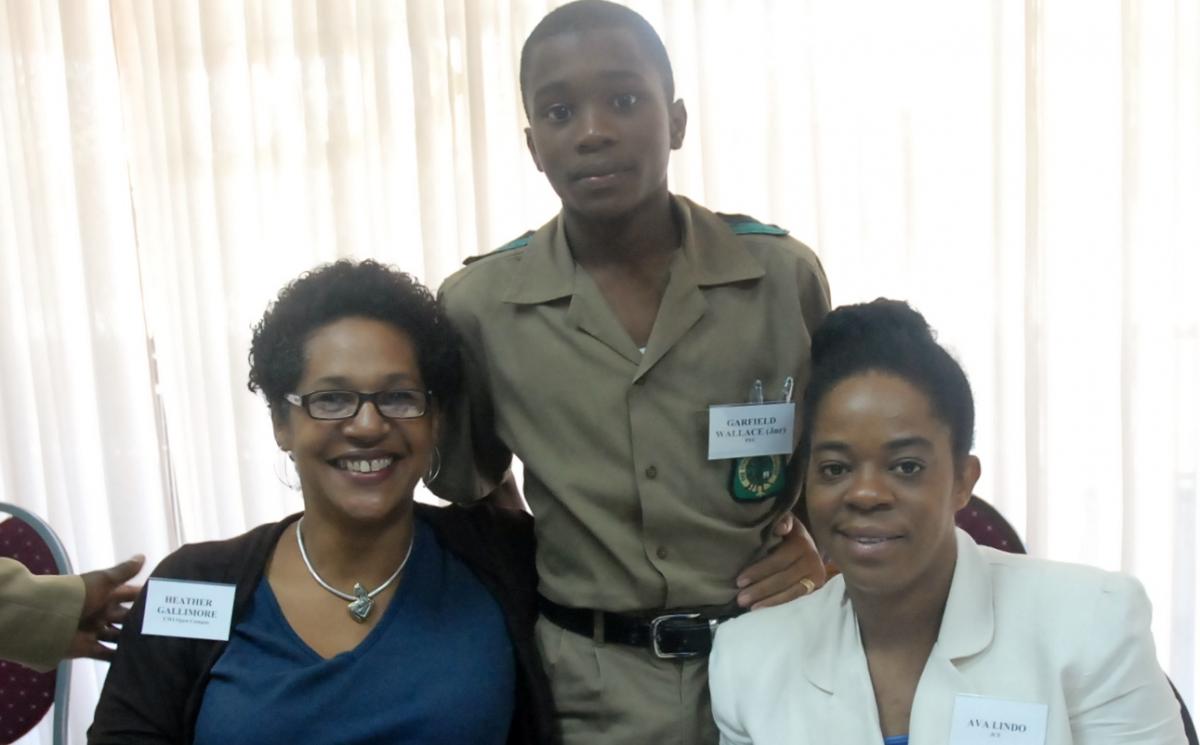 Project leader, Ms. Heather Gallimore, noted that CCDC’s work with police over the last five years has evolved from a child rights education and training intervention into an institutional capacity building partnership. All this was made possible by continued UNICEF investment.

This project is laying necessary foundations in other areas such as police training, the training of trainers, the development of learning (e-content) and job aids, internal and external communications, strengthening inter-agency cooperation, and monitoring and evaluation, to ensure that child rights and responsibilities are strongly rooted throughout the JCF.

Since its inception in 1948, The University of the West Indies (UWI) has evolved from a fledgling college in Jamaica with 33 students to a full-fledged, regional University with over 50,000 students. Today, UWI is the largest, most longstanding higher education provider in the Commonwealth Caribbean, with four campuses in Barbados, Jamaica, Trinidad and Tobago, and the Open Campus. The UWI has faculty and students from more than 40 countries and collaborative links with 160 universities globally; it offers undergraduate and postgraduate degree options in Food & Agriculture, Engineering, Humanities & Education, Law, Medical Sciences, Science and Technology and Social Sciences. UWI’s seven priority focal areas are linked closely to the priorities identified by CARICOM and take into account such over-arching areas of concern to the region as environmental issues, health and wellness, gender equity and the critical importance of innovation. Visit www.uwi.edu